Giving money didn’t come naturally for me. It’s always been in me to give my time or even my heart to anyone who needed anything. But if you asked me for money, there was a very obvious shift in my demeanour. And unless it was family, it’s likely I made up a reasonable excuse to help me feel less guilty or just said nothing at all and hoped I wouldn’t be asked again. 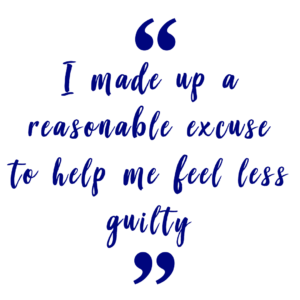 That’s pretty much how I lived for many of my adult years. I justified my actions with the reasoning that I gave enough of myself to anyone who asked, that I didn’t need to and shouldn’t have to give up my hard earned money.

You see, I grew up in poverty, including being homeless when I was just 12 years old. So most of my adult life I have lived in a constant state of fear. By controlling my money and everything around me, it meant that I would be OK and not end up struggling financially for the rest of my life. I needed to be different than my parents and I had to prove to myself that I had what it
takes to make it. Ironically, while I was trying to control everything and everyone around me, I had no idea that my money was actually controlling me. 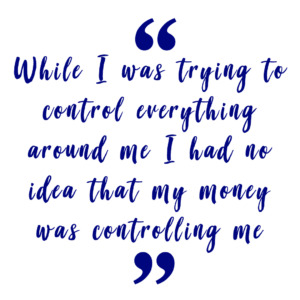 Several years ago, I entrusted my business to God and he faithfully has provided for me time and time again. I asked, he gave. I ask, he gives. I work hard, I reap the benefits. As it should be, right? All was right in my world financially and for the most part, as long as I was careful and spent wisely, I didn’t have to worry about money.

But something happened along the way. As I continued to press into my faith the last few years, God started opening my eyes and showed me something about myself that I didn’t really like. I didn’t trust Him. Period. He also showed me something else very important, which ended up being a pivotal moment in my life. That with everything I worked for, none of it really belong to me. And, what he had chosen to bless me with, was meant to be a blessing to others… and I was ignoring that.

It felt like a bit of a slap in the face. All these years I thought I was trusting Him and doing everything right. But I only was fooling myself. I trusted him at arms-length or until he let me down. I trusted him enough to give my time and energy, but don’t ask me to give my money. It was mine. I worked hard for it and earned it. I deserved it.

With this new revelation, I had 2 choices. To continue my previous pattern of thinking and allow my money to keep controlling me, or to put my trust fully and completely in God and start giving back. So, I went out on a limb and I chose the latter.

I started by committing to tithing. No, this wasn’t easy and took a HUGE leap of faith on my part. (Remember, I was the faithful, church-going, committed to serving and helping others, but don’t ask me to give money person.) So yes, I wrestled with the decision every time it was time to give. But, I pushed through the fear and gave anyway.

Eventually, it became a habit and soon became a natural, joyful part of my financial life and who I am as a person. I was no longer living in fear and was no longer being controlled by my money. We are called to be joyful givers and for the first time in my life, I knew what that felt like. I feel as though I was set free.

In addition to my tithing, I started sponsoring a child at Home of Hope and have since gone on to sponsor a second child and to help financially when I can, with several of their other programs. Giving has become easier and easier and almost second nature. 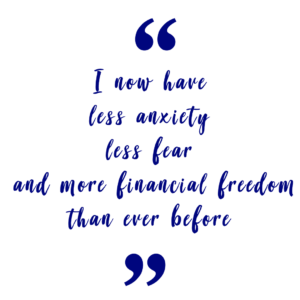 It’s crazy when I look back over the last few years of my life, before I started giving. I now have less anxiety, less fear and more financial freedom, than ever before. But most importantly, that one simple decision opened up new relationships and opportunities to me that continue to bless my life abundantly today. Imagine, by giving in such a small way- I am now receiving more than I could have ever asked for. And I don’t mean financially. It doesn’t get much better than that.

Together, let's trust that what we give, will be given back to us tenfold. God is faithful and He is good. We have a storehouse of riches waiting for us in heaven and I know that by being a willing, cheerful giver during our time here on earth, that God will reward us. Remember, we don't make a living by what we get, but we make a life by what we give. 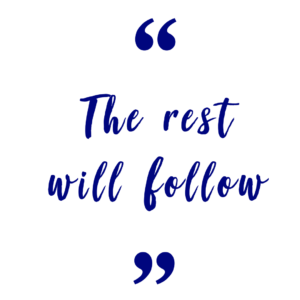 What's holding YOU back from giving?